Tackling my scraps and scrap bins....

Yep tackling my scraps....
It's going to be a long haul I believe.
I have loads of scraps after quilting for more than 20 years.
I decided that I would give my best effort to clear out what I don't think I will use in the next couple of years -okay 10 years lol ;)
I started with my 1.5" strip bin. My cat Porkchop thought the container was just for him... 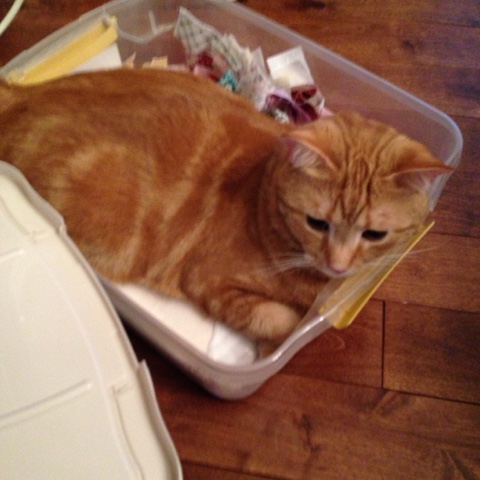 These pictures are taken on different days even!
He would go there immediately after I opened the box.
Silly kitty! 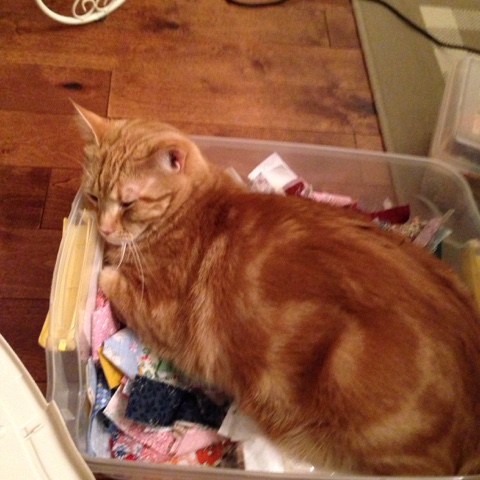 Once I finished my strip bin, I went on to my boxes that were sorted by color.
When I dumped out the blues...it stayed in a cube because it was packed so tight! 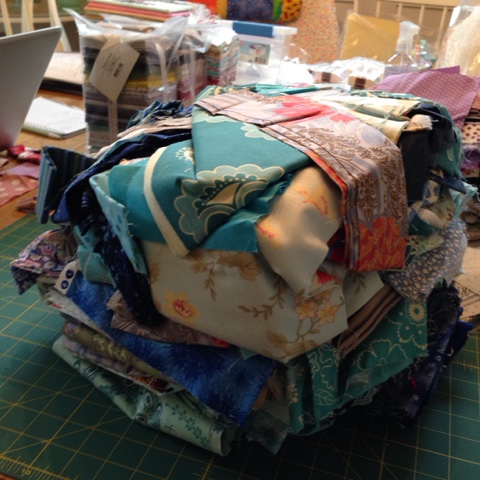 I cut out half of it.
I have big scrap bags listed by color on instagram.
If they don't sell on the #thegreatfabricdestash then I will put them on etsy.
I am just charging a couple dollars over the shipping costs.
I just want them to go to a good home. 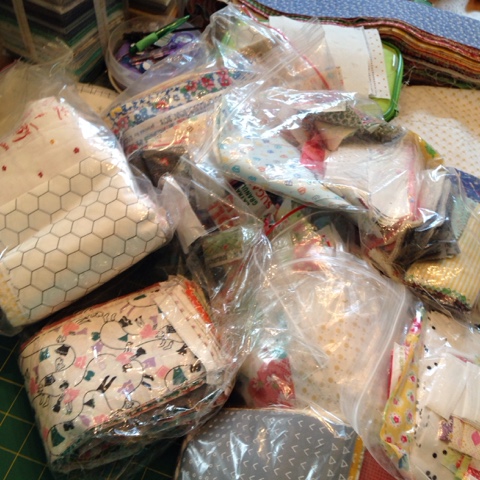 Once I finished my boxes by color, I started on my zip lock bags that have accumulated.
I would put low volume strips or just 1930's in a bag to 'sort' later.
Well later has come and it's time to tackle them. 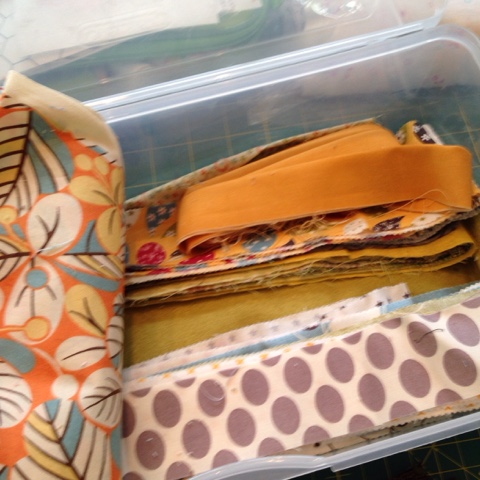 Sorry for the blurry picture. I just wanted to show yet another shoe box size of strips. 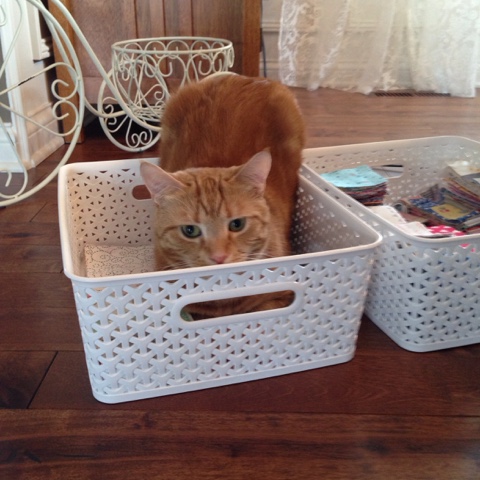 And of course, the cat in the containers meant for strip sorting. 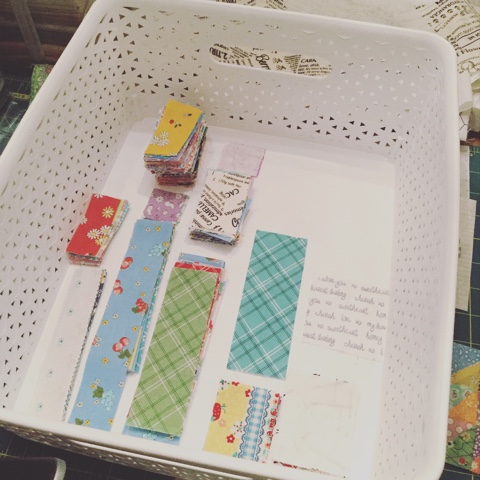 I've now begun to sort my strip size and color. This has taken me a couple of weeks.
I won't lie, it gets a bit boring at times when I decide to iron and trim the wonky strips to 'size'.
But I think it will be worth it in the end.
I'd like to be able to just pick out a bunch of precut 2.5" squares and just sew.
Or use them for a leaders and enders project.
This is just the beginning.

Lol. Please come to my house!!!

Having all the strips ready will make a big difference when you get started. Love your cat. I have a ginger cat too, he is 19 and looking a bit worse for wear but still has a great appetite. Loves getting in fabric boxes too. Hugs.....

Yikes! That's a lot of scraps! You are still very organzied - must make it alot easier to go through. Let us know when you list them on Etsy - would love to take a look!